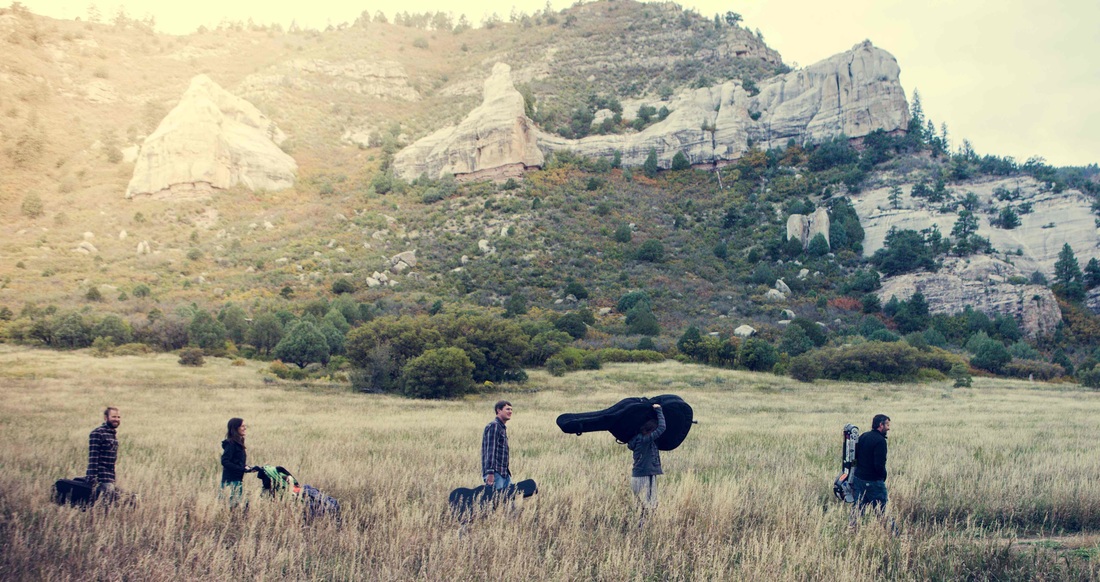 The La La Bones debut album, released in April 2016, is now available.
A bluesy, dreamy, and sometimes traditional take on bluegrass, this album features five singers and songwriters. Songs travel lonesome nights lost in the mountains, float down rivers of whiskey, explore love, heartbreak, and the thoughts of a snow bunny.

"I picked up the album...and haven't put it down yet. What sets it apart...is the sheer beauty of the vocals, akin to the noncomformist Americana produced by the likes of Elephant Revival, the Railsplitters, and Finders and Youngberg - more heart-felt and less jam. Each member contributed original tunes to the record, which captures simple, everyday occurrences and feelings. The music biz has been male-dominated for what seems like forever. Fortunately, (La La Bones) are bucking that trend"
-Durango Telegraph, April 14, 2016
Photography by Red Scarf Shots.